I had the pleasure of singing for Frack Free Lancashire and Reclaim The Power on Friday as part of a Three Acres And A Cow show. During the show, I had an excuse to teach people a song I wrote for Newham Woodcraft Folk group last year called ‘Let’s Lock Ourselves Here For A While‘.

Here are the lyrics and a recording I made of it so anyone who wants to learn it can: 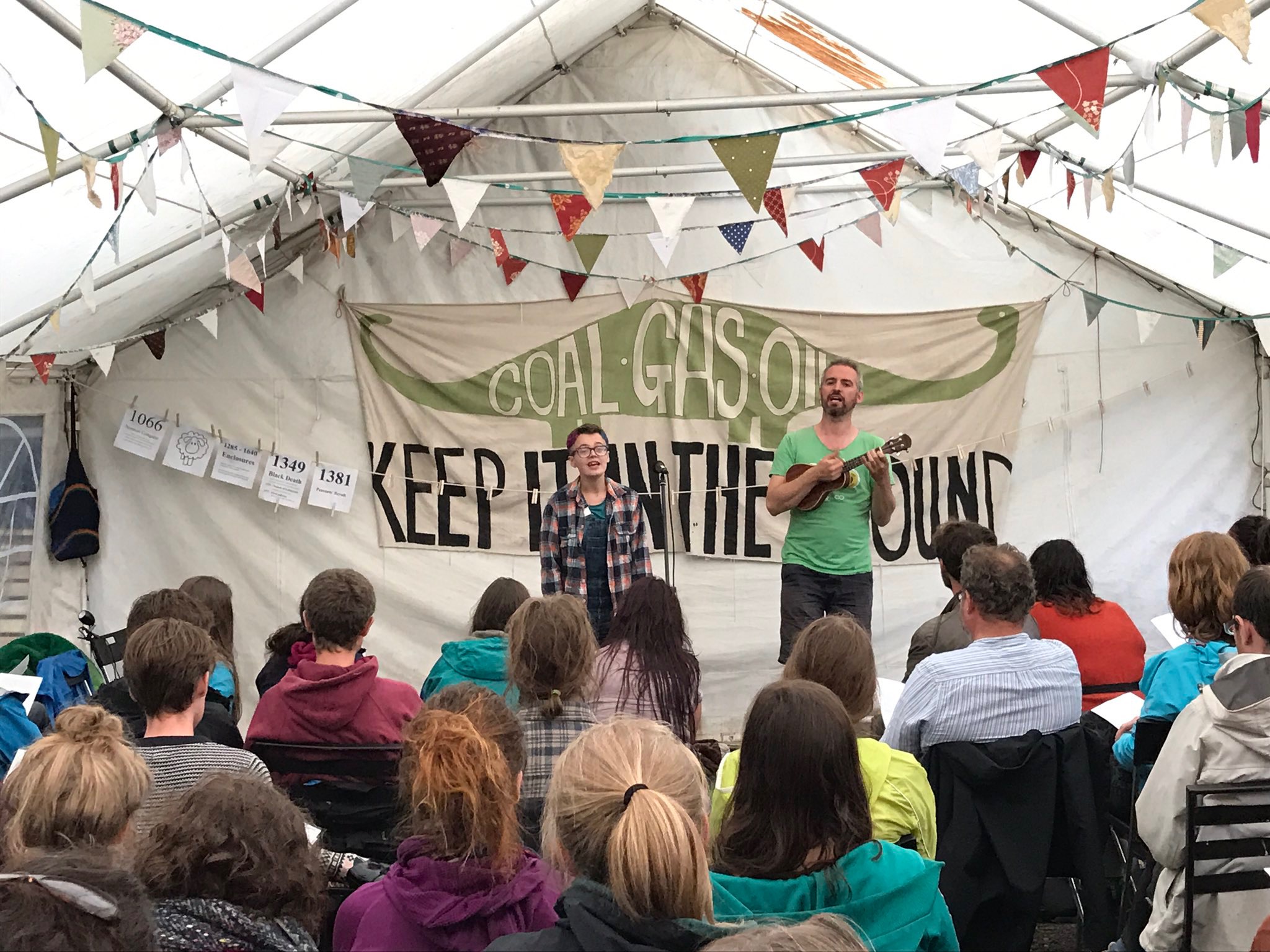 D G
I’ve a hundred old bike locks and they won’t undo
A D
Any idea who I could give them to?
D G
It’s a nice sunny day in the countryside
A D
Lets lock ourselves here for a while

No we ain’t going nowhere, let’s climb up the trees
Someone must stick up for the birds and the bees
The poor have no lawyers, the trees have no rights
Lets lock ourselves here for a while