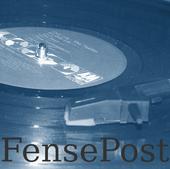 ‘Here is an artist that seems to revel in acoustic sweetness. London’s Robin Grey invites you into his coffee shop friendly world on his latest release. “I Love Leonard Cohen” is a five-track EP so splendid Mr. Cohen himself should be more than honored to have such a talented fan. Anyone looking for a fun-filled depressive state, look no further.

Grey reminisces of greater times on the title track “I Love Leonard Cohen”. This is a masterful folk bit paying a strange tribute to anyone with a regretful memory, as well as simple odes to Meat Loaf, Jeff Buckley, R.E.M., and, more so than others, outplayed Weezer CDs. The blindingly smooth “Shakes and Shudders” is a beautiful backdrop while reading Kerouac’s tale of strength defying times at Desolation Peak – calm, beautiful, and a bit resentful of the pretentious normalcy.

Robin Grey will not need to do too much to prove himself an incendiary artist in the world of folk music. His calmly exquisite mannerisms seem to bring you back to a simpler time and place, whenever you want it to be. There is literature in his words. And “I Love Leonard Cohen” is a beautiful story, desperate to be told.’

A lady who goes by the name of ‘Tart’ has written a nice review of my e.p. on the blog:

I Correct Myself, I Mean All The Time

“Well, my weekend was brightened by an email from a wonderful musician who tracked me down from a comment over on Matthew’s ‘Song By Toad’ blog. Robin inquired as to my whereabouts to send a cd and being as I am already swooning over his chocolatey smooth voice and gorgeous folksy tunes, I guess I’ll begrudgingly share him with you.

His cover of Kirsty MacColl’s ‘There’s A Guy Works Down The Chip Shop Swears He’s Elvis’ is wonderful. When I first heard Kirsty’s song, sung by her, I wasn’t a great fan of it. The twangy, country style threw me and I didn’t listen for the words and catch the meaning. The title just seemed funny and as a new listener to her work, I thought, “oh those silly Brits!”. Of course when you listen to the words you realize it’s a sad, might-I-lose-love? song. And it sometimes takes a good cover to get you to really hear a song, ya know? Now I hear our lovely Kirsty sing it and I get it. So thanks Robin, and I adore your version too.”

Matthew, aka Mr Song By Toad, has written some lovely things about my recent e.p. on his blog. I know some of you already read it but if you haven’t yet, have a look, it’s a gem.

“Robin is, I suspect, not the only one (who loves Leonard Cohen – ed).

I really liked his recent album Only the Missile and this appears to a rather lovely little inbetweeny EP. There’s a gorgeous atmosphere to Robin’s stuff that I can’t quite put my finger on. He has a deep, reassuring voice and a calming, unhurried delivery which seems to bring a familiar ease to his sound.

Add a splash of female backing vocals and what was simply really nice becomes bloody gorgeous. The title track is a lovely reminiscence on the transience of music taste, and the pleasant self-indulgence of nostalgia. The cover of the superb Kirsty MacColl song There’s a Guy Works Down the Chip Shop Swears He’s Elvis is as good as the original, in an odd way. And then there’s Shakes & Shudders. Christ this is lovely. If I’ve heard a more intimate, weary song in ages I couldn’t name it: just fucking gorgeous.”

You can download it here and buy it here